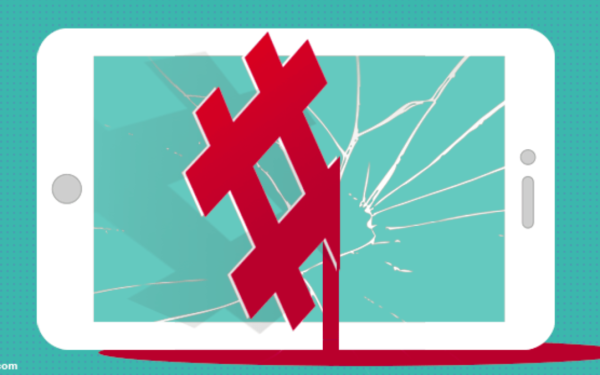 Understand hashtags to leverage them for consistent success online

From Twitter to billboards, t-shirts and TV shows, the symbol has permeated every nook and cranny of the online world to claim its place as one of the most powerful online marketing tools. The hashtag is so recognised that it was added to the Oxford dictionary in 2010, and the Scrabble Dictionary in 2014 (#official). In spite of this recognition, many people still lack an understanding of how hashtags are to be used. The fundamental purpose of hashtags alludes social media users, with many falling prey to the common pitfalls of incorrect hashtag usage that ultimately inhibits their success on social media.

Hashtags help categorise content on social media in a manner that makes it discoverable and allows users to find relevant content from other people and businesses. They also allow you to connect and engage with other social media users based on a common theme or interest. Today, hashtags are such a prominent part of culture that it’s virtually impossible to find anyone who doesn’t know what they are. Once your phone’s pound sign, they have evolved into one of the last decade’s most recognisable symbols.

Firstly, understanding the hashtag requires a brief history of how it came into being. Its origins have been researched in-depth by experts to no avail. Its integration into technology, however, began in New Jersey in the mid-1960s with Bell Laboratories, the innovators of the Touch Tone phone. The company sent researchers out across the USA to research what symbols the public would prefer to use in new technology. Their market research revealed that their preferences were the asterisk (*) and what is called the “hashtag” today (#), both of which appeared on standard American typewriters. A staff member of Bell, Don McPherson initially referred to the hashtag on Touch Tone phones as an “octothorpe”- a portmanteau of the word “octo” and the last name of his favourite athlete, Olympian Jim Thorpe.

Hashtags finally made their foray into the online world with Internet Relay Chat (IRC), a network launched in 1988 where users communicated to one another through channels, signified by the pound sign. Once the network’s community amounted to almost half a million users, they sought to name the titles of these channels, eventually deciding upon “the hashtag”. The symbol was first used in Twitter on August 23, 2007 by Chris Messina, an expert in social technology expert and long-time user of the IRC, who suggested to Twitter that they adapt the hashtag practice to gather, categorise, and index discussions by the use of keywords preceded by the symbol #.

Today, indiscriminate use of hashtags, particularly on Facebook, is rampant, with users unbeknownst to their actions being the social media equivalent of spam. Hashtags scattered throughout a statement can appear promotional and off-putting. One or two well-chosen tags at the end of a statement, on the other hand, are considered a welcome help or a witty and humourous “call-to-action” of sorts. Furthermore, the overuse of hashtags can potentially be restricted by certain social media platforms to prevent overuse and abuse. Long, complicated hashtags make the process of discovering and engaging with content more arduous. Overloading content with hashtags upto the maximum limit can negatively impact reach, attracting the wrong audience and generally diluting your message.

Hashtags may serve to make your content discoverable to a wide audience but fact remains that not all content can fit into that category. Should a tweet, post, or comment not add substance to the wider conversation, it might be advisable to abstain from using any hashtag in that instance. In the case of a breaking news story being shared, hashtags would not serve any purpose. If a blog post that analyses the impact of that news is being shared, relevant hashtags would help the post get maximum traction. While hashtags possess the power to allow users to make an impression on a wide social media audience, we have to keep in mind that if we are to leverage this power, a conscious effort has to be made on our end to prioritise purpose over creativity.

Here are a few techniques and strategies that, when abided by, will help you stay in line with hashtag marketing best practices:

A cup of tea and a biscuit! This is the last thing one would expect when you get pulled over by the traffic police. However,... Read More

Meadow Lea Sarva Colombo was tasked with launching the brand Meadow Lea in the Sri Lankan market. The challenge lay in having to launch the... Read More

Video interview: In conversation with Chamila

A talented writer who literally brings her words to life through Radio and TV, Chamila is an author, director, playwright and journalist whose work on... Read More